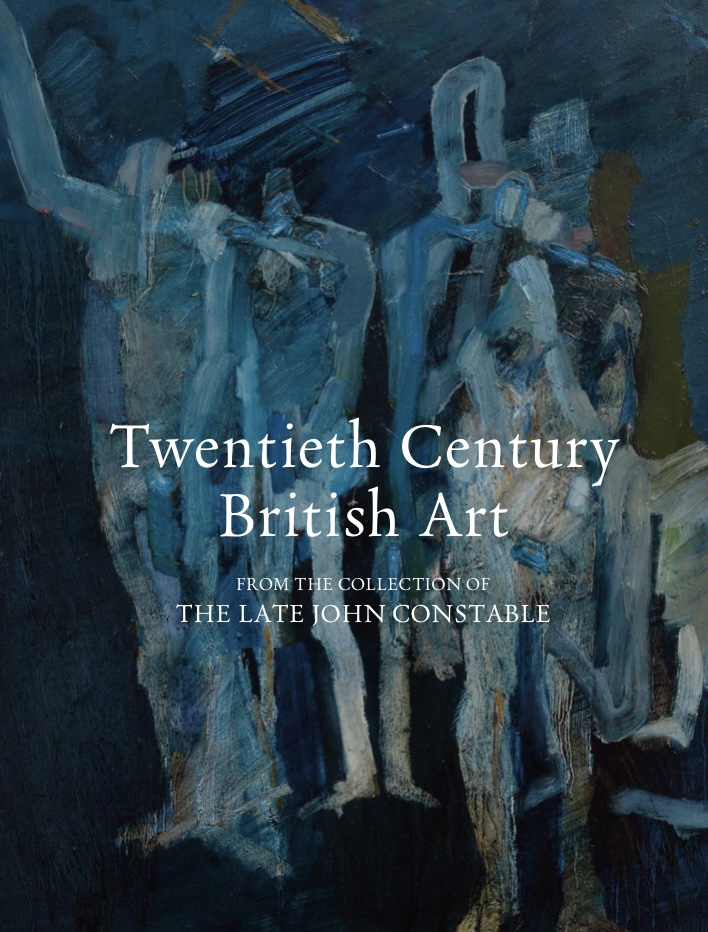 The Collection of the late John Constable

Catalogue produced for an exhibition at our gallery in 6 Mason's Yard in September 2020. This substantial fully illustrated publication includes an introduction by Andrew Lambirth and focuses on the highlights of the collection of the late John Constable. The show includes a major group of works by artists of the Bloomsbury Group including paintings by Duncan Grant, Vanessa Bell and Roger Fry, as well important pictures by Keith Vaughan and John Minton. Other artists fearured include John Craxton, Jacob Epstein, Albert Goodwin, Elisabeth Frink and Sir Matthew Smith. Held in conjunction with Zuleika Fine Art. 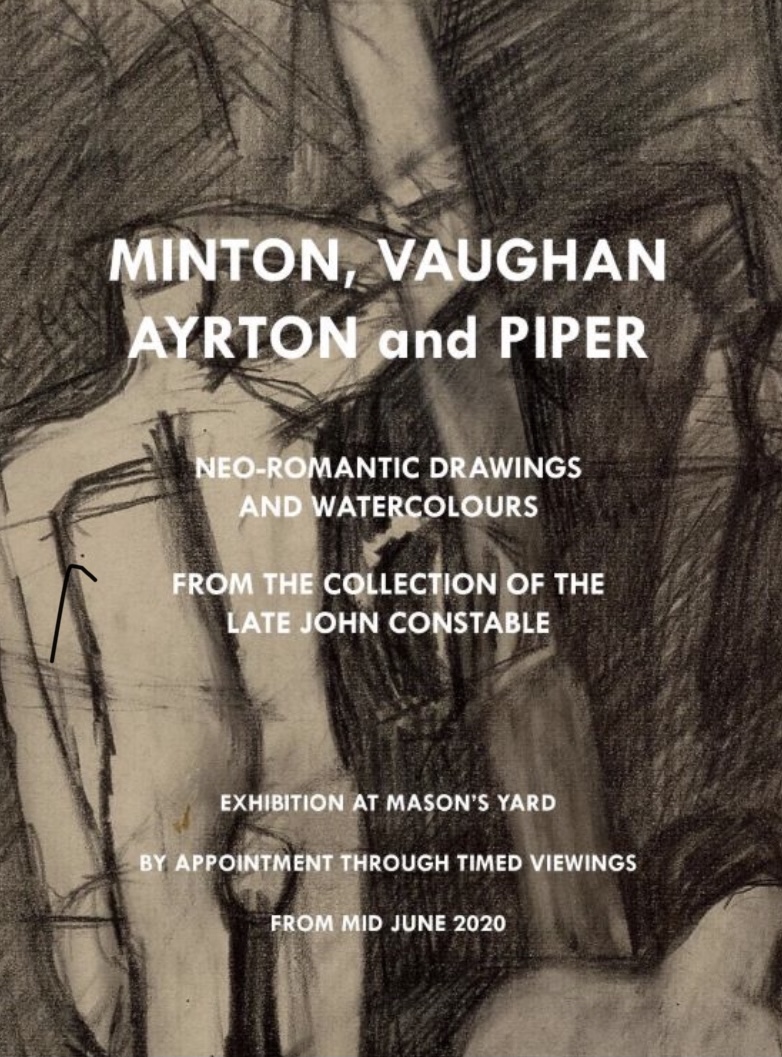 The first of a series of catalogues dedicated to the collection of Modern British Art built up by the collector John Constable from the middle of the twentieth century until his death in 2019. This inaugural publication is dedicated to John's core interest in work by the British Neo-Romantics, particularly Keith Vaughan and John Minton, but also Michael Ayrton and John Piper. Mainly work from the 1930s through to the 1950s is featured in this show, which includes Wartime drawings by Vaughan and portrait drawings and landscapes by Minton. Published to coincide with a show at our gallery in 6 Mason's Yard in June 2020 and held in conjunction with Zuleika Fine Art. 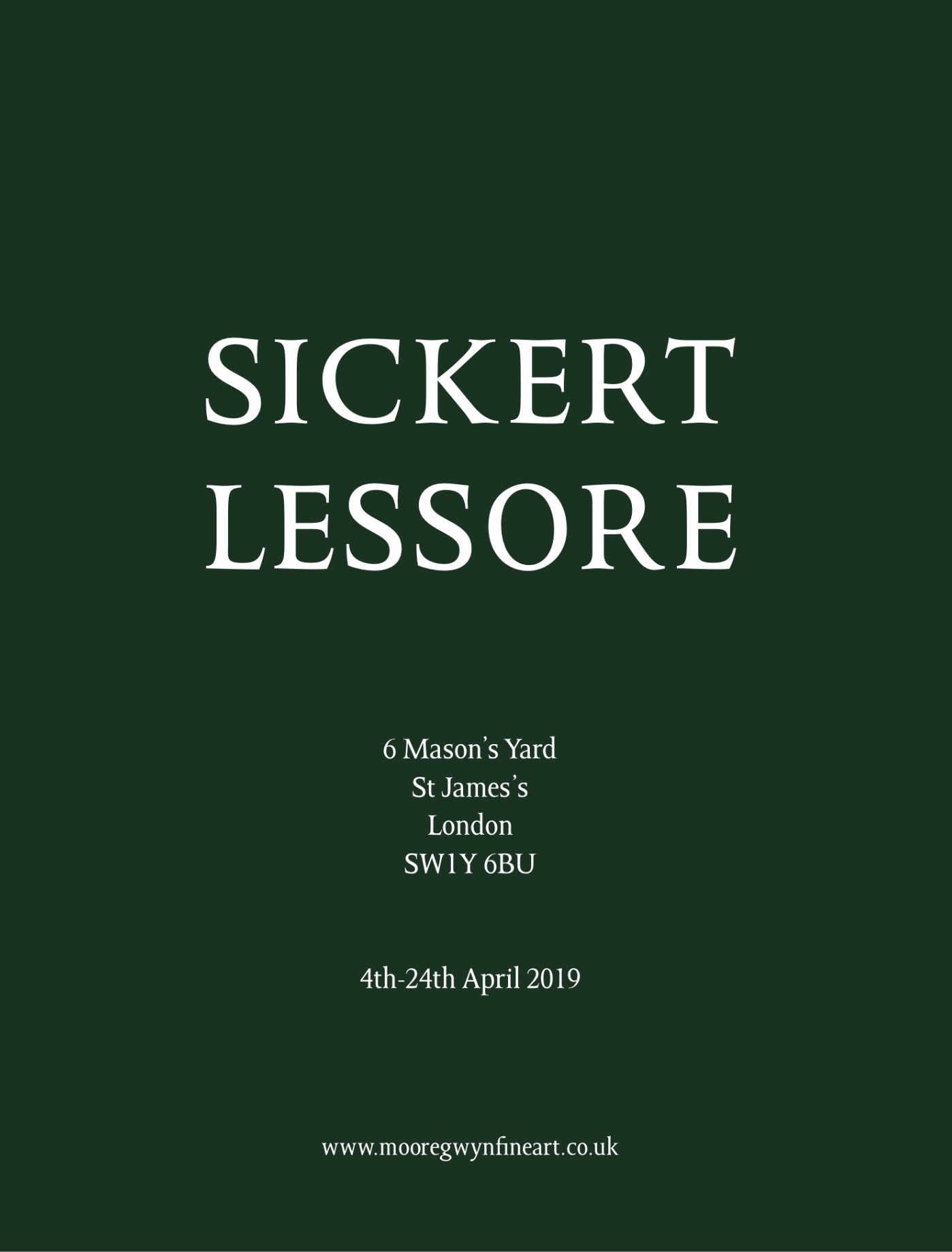 Catalogue for exhibition held at 6 Mason's Yard in April 2019

Catalogue to coincide with an exhibition held at 6 Mason's Yard in April 2019. The exhibition examines the work of Walter Sickert and his last wife Therese Lessore, as well as work by other significant figures in their circle including members of the Camden Town, Cumberland Market and London Groups. In addition to Sickert and Lessore themselves, the catalogue also includes work by Walter Bayes, Robert Bevan, Malcolm Drummond, Harold Gilman, Charles Ginner, Spencer Gore, Sylvia Gosse, C.R.W.Nevinson, William Ratcliffe and Ethelbert White. 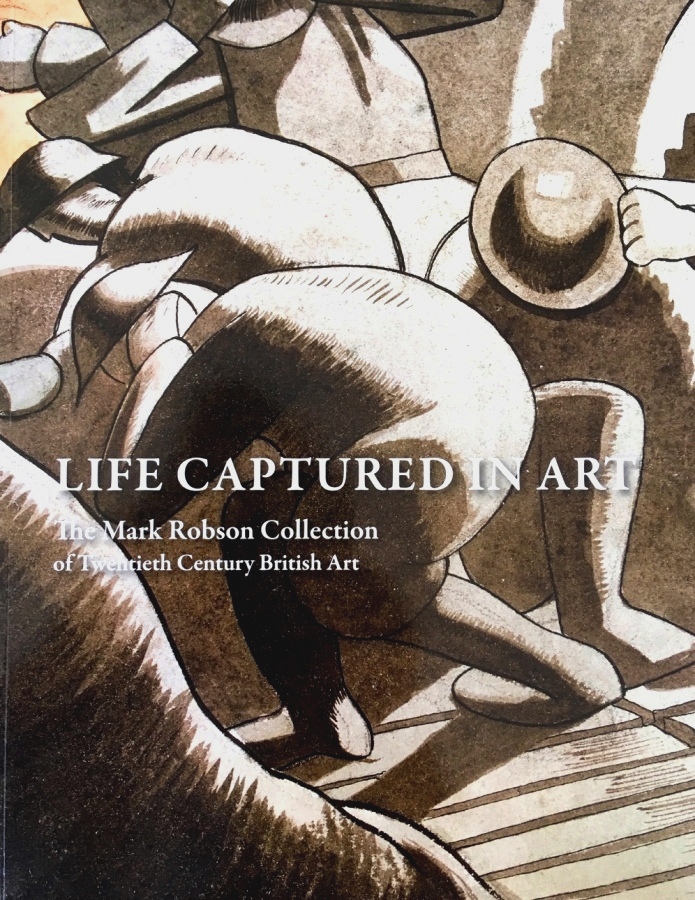 Catalogue of the collection of modern British Art put together by collector Mark Robson over a thirty year period and showcasing outstanding neglected British realist painting, primarliy of the middle part of the twentieth century. Published in conjunction with an exhibition held at 6 Mason's Yard in November 2018. 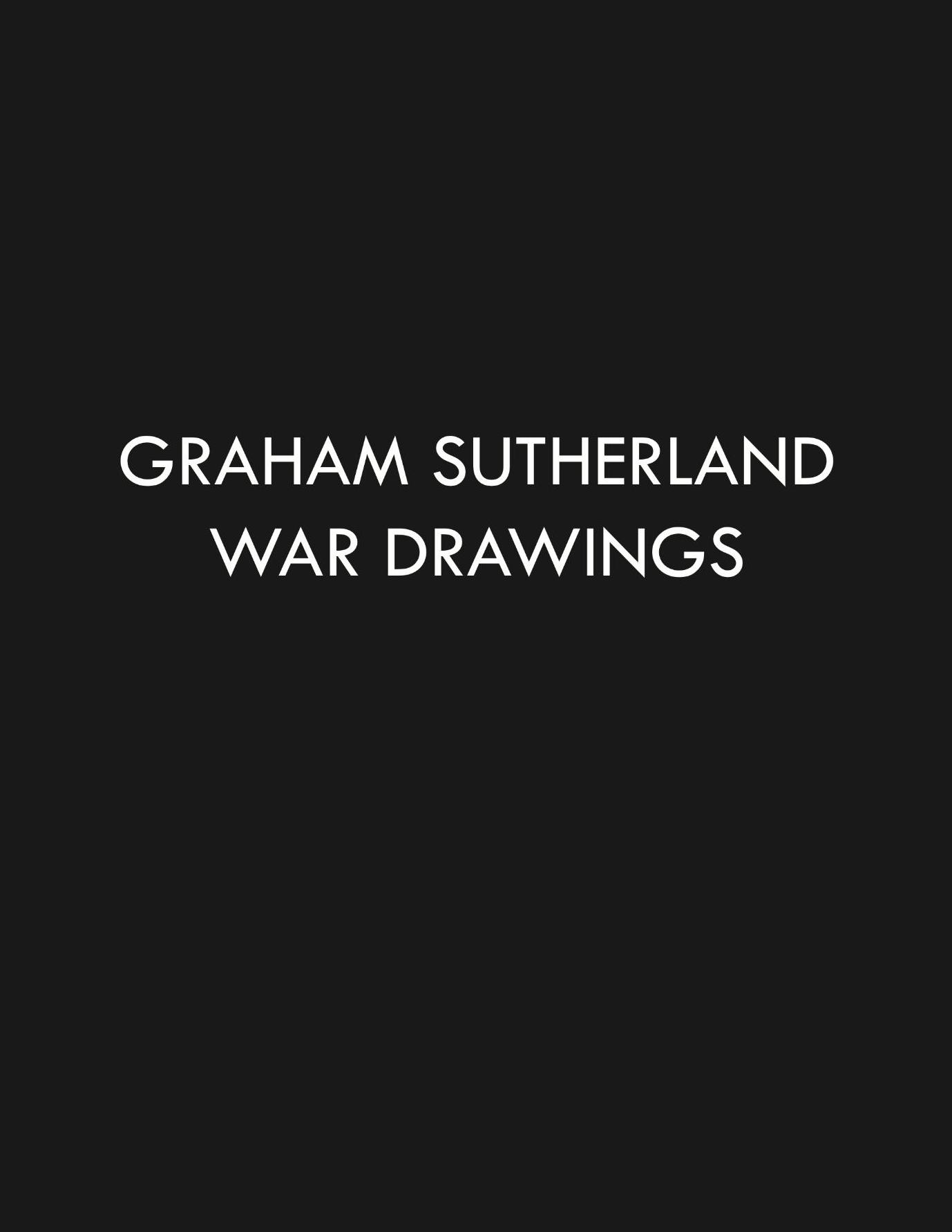 Catalogue of War drawings by Graham Sutherland many of which originally formed part of the most important Wartime archive of the artist's work. Many drawings in the catalogue have not been seen in public outside of major Sutherland exhibitions at Penlee House Museum, Penzance and the Waterfront Museum, Swansea in 2013-14 and the Imperial War Museum in 1982. The catalogue was published to coincide with an exhibition of the artist's work to mark the opening of our new gallery at 6 Mason's Yard, St James's in April 2018. 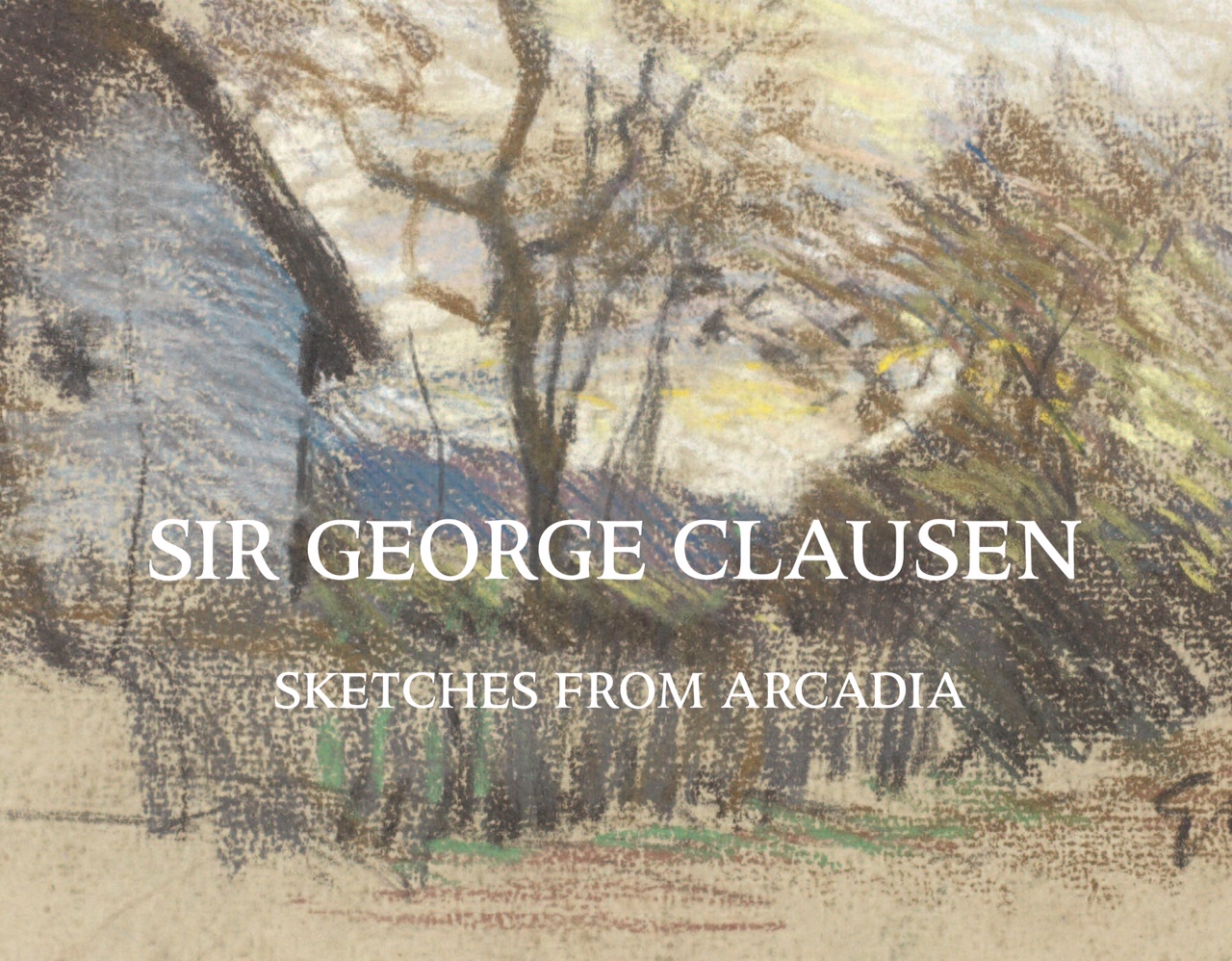 Exhibition of works on paper by Sir George Clausen to coincide with the Summer Olympia Fine Art and Antiques Fair in June 2017. The catalogue includes a fine group of landscape and figure studies in pastel once in the collection of Ralph Fastnedge (former curator of the Lady Lever Art Gallery, Port Sunlight) and some fine later watercolours of the Essex countryside and cityscapes from near the artist's London home in St John's Wood. 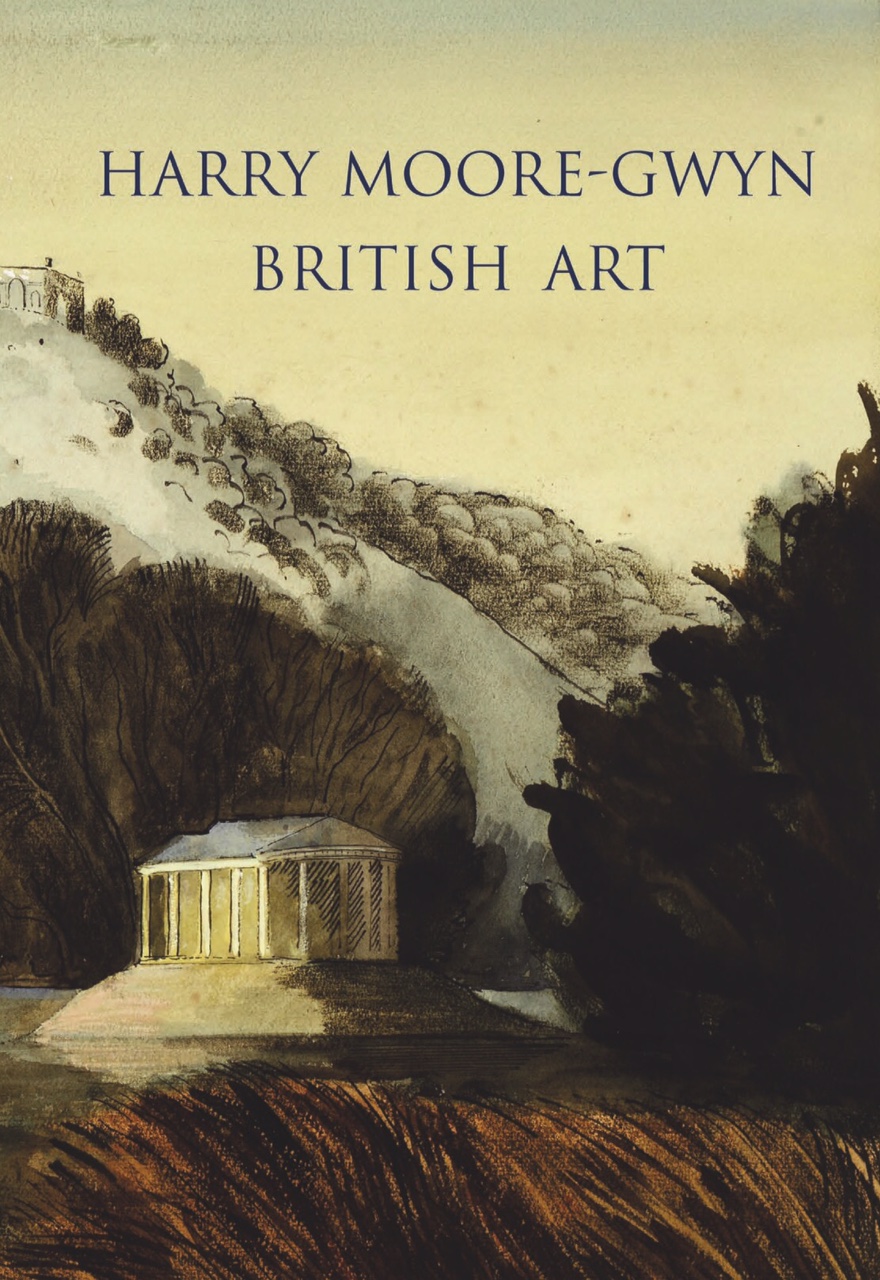 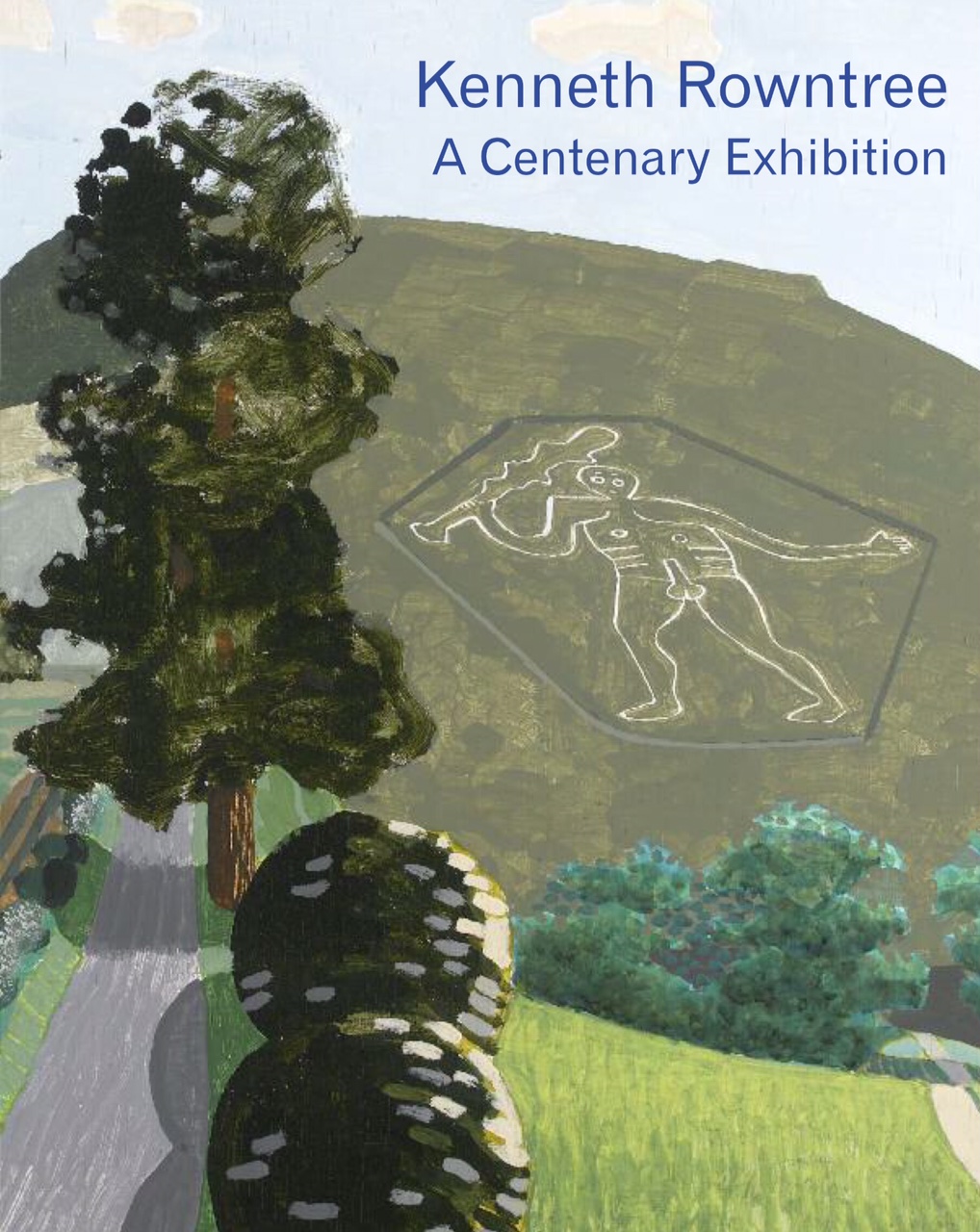 Catalogue for the Kenneth Rowntree Centenary Exhibition in 2015 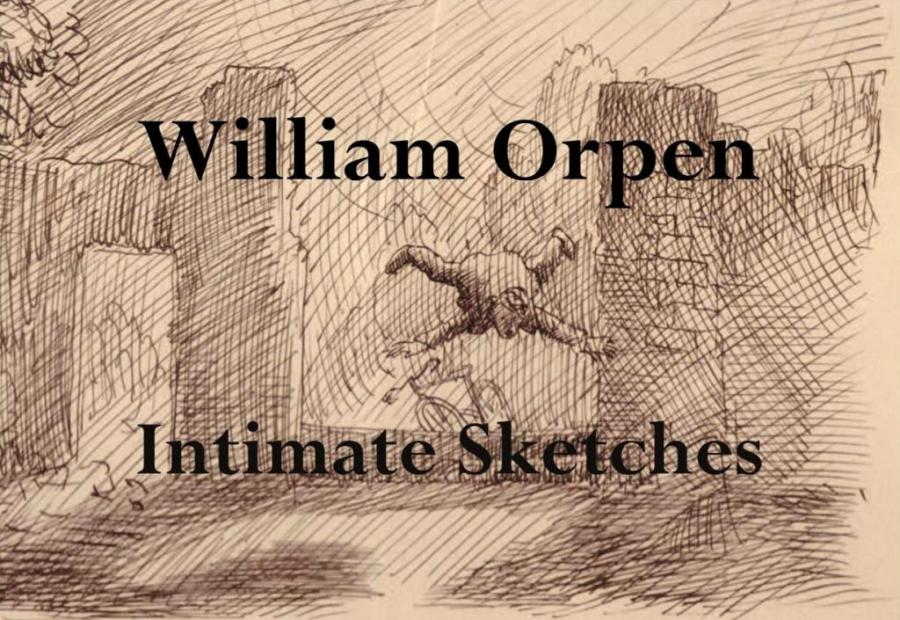 The Orpen expert Bruce Arnold has described Evelyn St George as "undoubtedly the most important person in his (Orpen's) life." Published for a special exhibition as part of our stand at Art Antiques London in June 2015, William Orpen - Intimate Sketches brings together an intruiging archive of drawings and illustrated letters relating to the relationship between Orpen and Evelyn, as well as other drawings by the artist from the earlier part of the twentieth century. 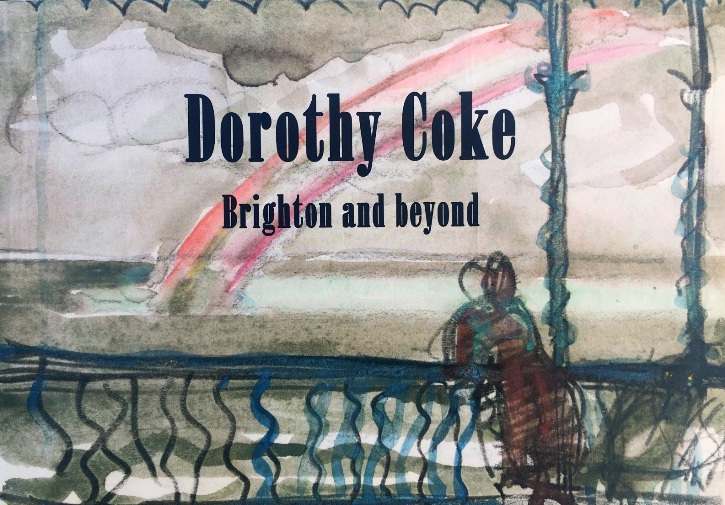 Dorothy Coke - Brighton and Beyond

Drawings and Watercolours from the Estate of Dorothy Coke, NEAC, RWS (1897-1979)

Dorothy Coke was the youngest artist considered for employment by the British War Memorials Committee following the end of the First World War. Two of her works were featured in the Imperial War Museum hang of its collection following refurbishment in 2014. A Slade student, Coke was strongly associated with Brighton where she taught as well as painting numerous views of the town, chronicling its history throughout the middle of the twentieth century. This catalogue features watercolours as well as working studies from her sketchbooks, the majority of which came from her estate which was bequeathed to her fellow artist at Brighton, Norman Clark. The catalogue was published to coincide with an exhibition at the Art Workers' Guild in November 2014 and held in conjunction with Jennings Fine Art. 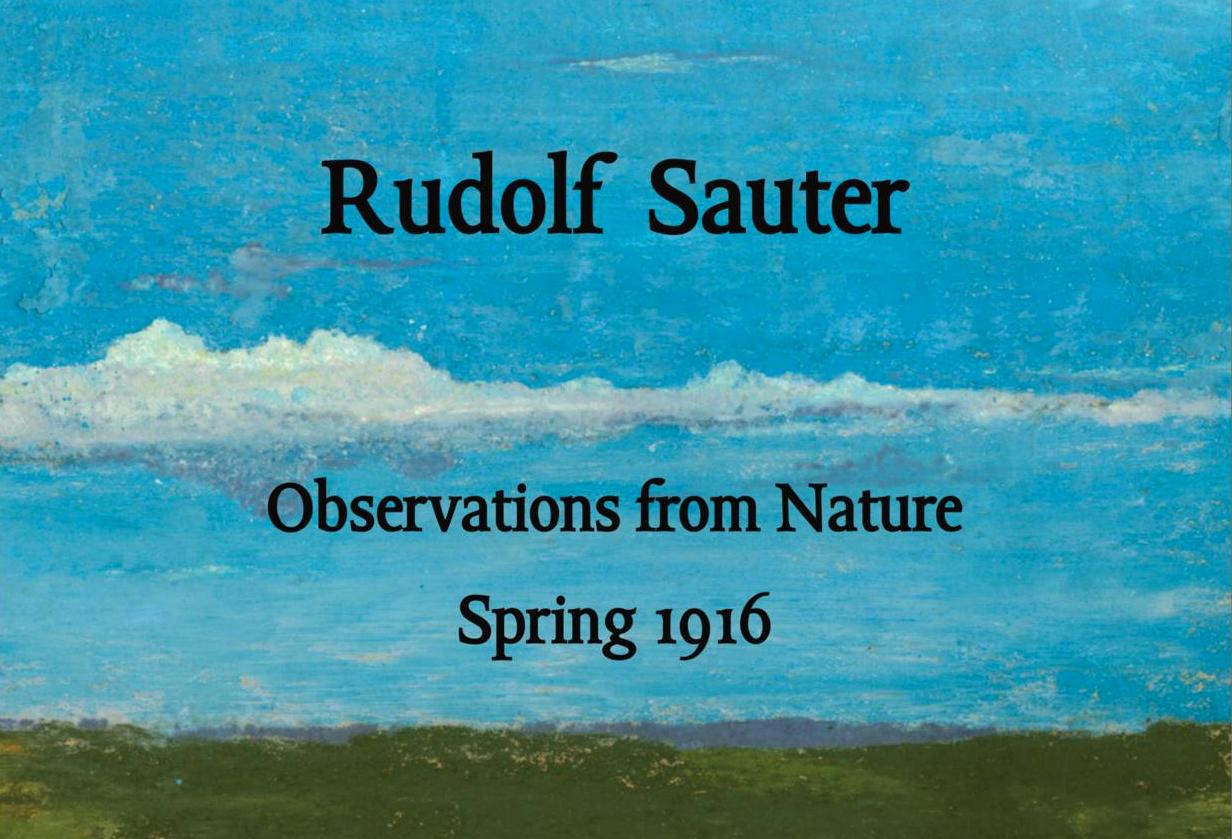 Catalogue published to coincide with an exhibition of works in pastel by Rudolf Sauter, all executed in 1916 whilst the artist was staying near Dartmoor with his uncle, the great novelist John Galsworthy. A supremely gifted draughstman in pastel, Sauter's work is rare, much of it having being destroyed by a fire in the later part of the twentieth century. Sauter's German descent prevented him from being eligible for active service in the First World War and he spent some of the later part of the War in internment in Alexandra Palace. Several drawings recording life there are now in the Imperial War Museum. 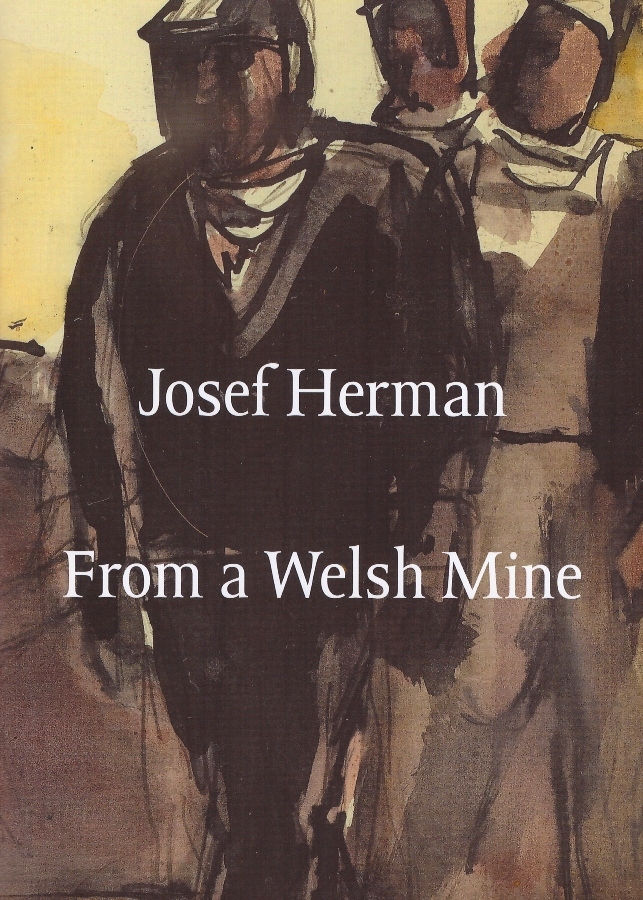 Josef Herman - From a Welsh Mine

An exhibition of works by Josef Herman from a private collection for a selling exhibition held in March and April 2010. The drawings were bought by a private collector from Herman himself in the 1990s and included a particularly fine selection of his early work ranging from drawings dating from his early life in Poland to depictions of miners executed soon after his move to Ystradgynlais in South Wales the mid 1940s.